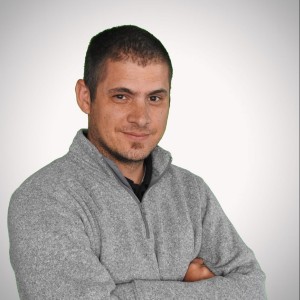 If the 2020 Presidential Election was Today Who Would Win? (DATA)

Likely voters spend on average more than 3 hours on their mobile phone every day – Democrats are slightly more mobile.

Mobile games are afoot this season…

TV is not the dominant form of content consumption (sorry Bloomberg)

Source: App Analytics – The Role Data Will Play in the 2020 Election

Now that we know most campaigns are missing the target (especially locally here with the Colorado parties), who would win?

According to Google, here’s how things would go down – at least if search interest was related to voter intent.

According to the above search interest graph from Google Trends, Bernie Sanders and Joe Biden have been going head-to-head with Sanders having a slight lead until Bloomberg passed both on Nov 3rd – 9th, 2019, and again Nov 24 – 30th, 2019 where he dropped to 3rd place. It appears that Bloomberg kicked up the advertising again around Jan 12/18th, and then a big push from Jan 26 to Feb 1st, resulting in Bloomberg surpassing all candidates with a slight edge over Sanders 100 to 94.

Drilling down to the past 24 hours shows Sanders and Bloomberg neck-to-neck with a 3 point lead.

If the internet were to choose who the democratic nominee was today, it slightly favors Bloomberg over Sanders. This is interesting considering Bloomberg has yet to set foot on a debate stag–which shows the power of cash and advertising saturation. With everyone considered above, is it enough to beat Trump?

If the election was today, Trump would have a 21+ advantage over Bloomberg. Around the same time in 2016, Trump had a 15 point advantage over Hillary Clinton. Granted, Bloomberg’s financial arsenal is virtually endless, so these numbers can change quickly.

IF THE ELECTION WAS TODAY, WHO’D WIN?

Skip to content
We use cookies to ensure that we give you the best experience on our website. If you continue to use this site we will assume that you are happy with it.Ok